A promise rooted deep in the rolling hills of Nelson County is where Mike's Woodworking began.

In 1988 Michael Johnson Jr. decided to follow his passion by building a woodworking company on his parent's farm. Within a short amount of time, Michael began crafting custom cabinetry for the entire home. Like most things on the farm, Michael's cabinetry started flourishing, and by 1992 Daniel Johnson, began to work alongside his brother. Three years later in 1996, Michael and Daniel formed a corporation and established Mike's Woodworking, Inc. The company continued growing, leading to the need for larger and more accessible facilities. In 1999, the company moved to Bardstown, Kentucky leaving nothing behind, specifically, the values on which Mike's Woodworking Inc. was founded.

28 plus years of experience, knowledge and craftsmanship ingrained in all we do. 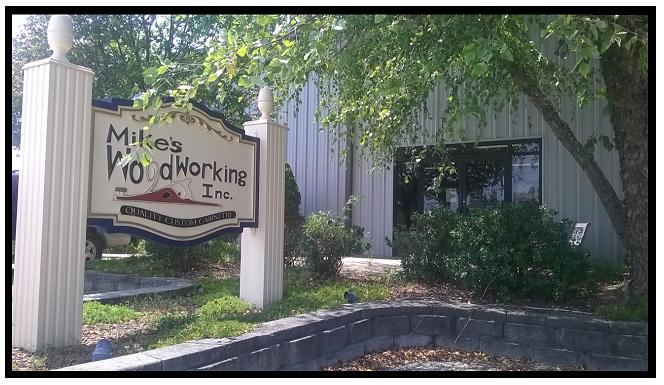 Our ProcessFrom design to installation.

We’ll make sure you get the beautiful custom cabinetry of your dreams.

We visit your home to analyze your current space and talk to you about your ideas for remodeling and create a floor-plan for new cabinetry based on your input.

We show you all the custom, handcrafted cabinet design possibilities and help you choose what will work for you. Once a design is decided, we present you with a 3D replica of what your new cabinets will look like.

We work to get your custom hand made cabinets built and ready for installation. Our professional team will install your new cabinets and make sure you're happy with them!

Quality Custom Cabinets for your home and Kitchen Dreams